The goal of the Metropolitan Water Reclamation District (MWRD) Inflow and Infiltration Program is to limit the amount of stormwater that infiltrates into the sanitary sewer system, which can cause backups and increased flows in heavy rain events. These flows increase operational costs, which are then passed on to residents and business owners.

Staff is utilizing National Power Rodding Corp. of Chicago, Illinois, based on the updated and confirmed pricing proposal dated July 19, 2022. The original proposal provided in 2019, provided pricing for a four-year period, to be approved annually (initial, plus three one-year renewals), consistent with the Municipal Partnering Initiative schedule and method.  Therefore, this request is related to the fourth year of a four-year pricing commitment.

Staff evaluated the MPI contract opportunities to ensure that the City received competitive unit pricing to complete this manhole lining work (currently at a unit cost of $145.75 per vertical foot).  NPR has performed this work for the City since 2012, and have maintained those unit prices until 2018. In 2019, NPR increased their price by approximately ten (10) percent to $145.75, which is proposed this year. 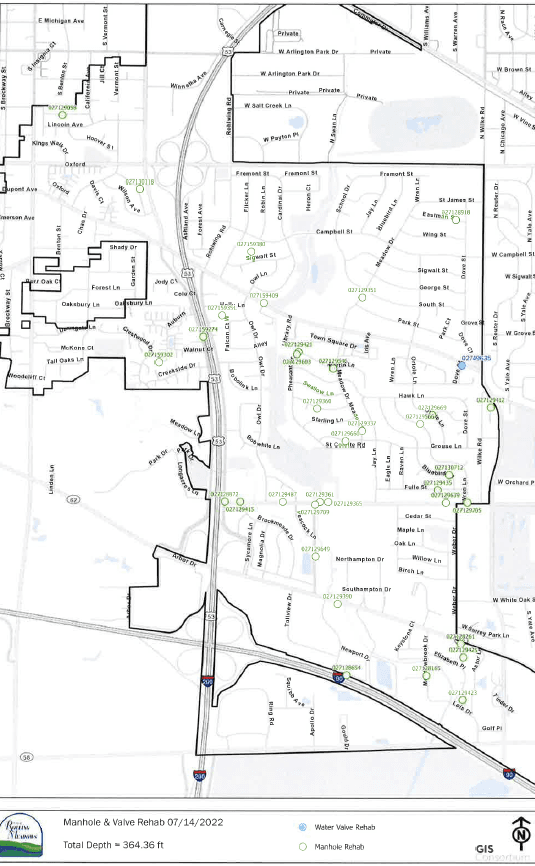